Pursue Love….Love does not take into account a wrong suffered; does not rejoice in unrighteousness, but rejoices with the truth (1 Corinthians 14:1; 13:5 ,6)

Now as they went on their way, Jesus entered a village. And a woman named Martha welcomed him into her house. And she had a sister called Mary, who sat at the Lord's feet and listened to his teaching. But Martha was distracted with much serving. And she went up to him and said, “Lord, do you not care that my sister has left me to serve alone? Tell her then to help me.” But the Lord answered her, “Martha, Martha, you are anxious and troubled about many things, but one thing is necessary. Mary has chosen the good portion, which will not be taken away from her.” (Luke 10:38-42)

How do you find the presence and the pleasure of God in your life?

Are you connecting with Him deeply enough to overcome the temptation to keep a record of wrongs committed against you?

Behold, how good and pleasant it is when brothers dwell in unity!....For there the Lord has commanded the blessing,life forevermore. (Psalm 133:1;3)

“Again, truly I tell you that if two of you on earth agree about anything they ask for, it will be done for them by my Father in heaven. For where two or three gather in my name, there am I with them.” (Matthew 18: 19, 20)

But when Jesus heard it he said, “This illness does not lead to death. It is for the glory of God, so that the Son of God may be glorified through it.”Now Jesus loved Martha and her sister and Lazarus. So, when he heard that Lazarus was ill, he stayed two days longer in the place where he was.( John 11:4-6)

Now when Jesus came, he found that Lazarus had already been in the tomb four days... So when Martha heard that Jesus was coming, she went and met him, ...Martha said to Jesus, “Lord, if you had been here, my brother would not have died. But even now I know that whatever you ask from God, God will give you.” (John 11:17; 20-22)

Now when Mary came to where Jesus was and saw him, she fell at his feet, saying to him, “Lord, if you had been here, my brother would not have died.” When Jesus saw her weeping, and the Jews who had come with her also weeping, he was deeply moved in his spirit and greatly troubled. And he said, “Where have you laid him?” They said to him, “Lord, come and see.” Jesus wept. (John 11:32-35)

Jesus, once more deeply moved, came to the tomb. It was a cave with a stone laid across the entrance. “Take away the stone,” he said.
“But, Lord,” said Martha, the sister of the dead man, “by this time there is a bad odor, for he has been there four days.”
Jesus said to her, “Did I not tell you that if you believed you would see the glory of God?” So they took away the stone. And Jesus lifted up his eyes and said, “Father, I thank you that you have heard me. I knew that you always hear me, but I said this on account of the people standing around, that they may believe that you sent me.” When he had said these things, he cried out with a loud voice, “Lazarus, come out.” The man who had died came out, (John 11:38-44)

May God arise, may his enemies be scattered; may his foes flee before him. As smoke is blown away by the wind, may you blow them away; as wax melts before the fire, may the wicked perish before God. But may the righteous be glad and rejoice before God; may they be happy and joyful. Psalm 68:1-3

1. Where have you taken offense at God?

2. If you believe that Jesus is the resurrection and the life, how will your responses to your situation change?

3. In what situations do you sense God's anger moving on your behalf?

Through Jesus, therefore, let us continually offer to God a sacrifice of praise—the fruit of lips that openly profess his name.(Hebrews 13:15)

Other sermons in the series 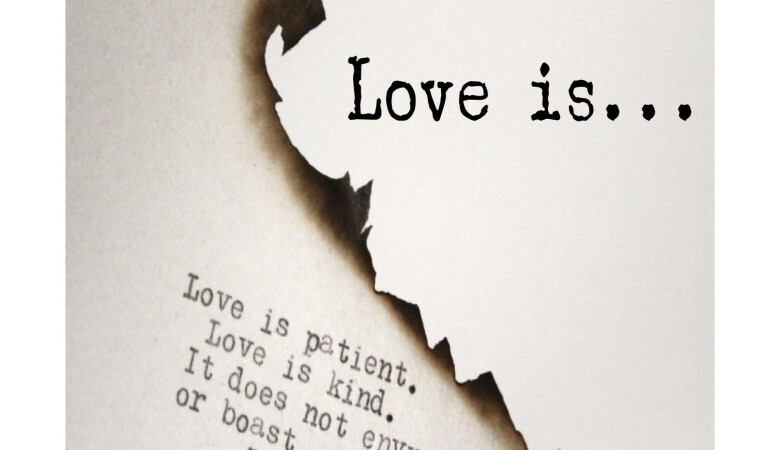 Reclaiming Love as Our Highest Priority

Reclaiming Love as our Highest Priority &nbsp;What do you look for as...

Love Does Not Envy, It Does Not Boast, It is Not Proud

Love is Not Rude, It is Not Easily Angered

What was Paul trying to get the Corinthian church to realize?Did they...

Love Doesn't Demand It's Own Way

Now more than ever we need to be aware of the forces that seek to shape...

What do you do to filter your reactions?1 Corinthians 13:4-7Love is...

The Greatest of These

What changes do you need to make in order to love the way God loves?1...